YTK Is A Poet, Musician and Rapper – Get To Know The Man Behind The Music

Before talking with Baltimores’ YTK, it was obvious he is a poet at heart. After releasing his jaw dropping Bodiless visual, I sensed a story that needed to be told. A few days ago I spoke with him on why he creates music, his Arvada Creatives collective, and his inspiration for the recent video. Give our convo a peep below, and enjoy the accompanying content. 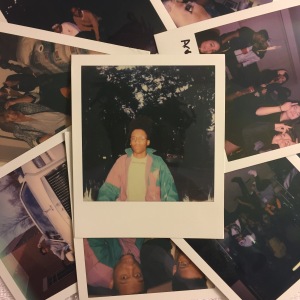 Hey YTK! How are you doing this Monday?

I’m good, just got back from NYC actually.

Dope! What were you up to there?

I actually went up there with the Arvada Creatives gang, we took a little 3-day trip to celebrate my 18th birthday, and also just to get some inspiration and relax/explore.

Very nice. Before we get into that give everyone a short intro on you.

I’m 18 years old, and I’m from East Baltimore. I’m an 100% self taught producer, writer, poet, rapper and pianist. I’m also part of a collective called “Arvada Creatives & Co.” My favorite fruit is the peach, my favorite movie is “The Fantastic Mr. Fox” and two of my worst fears are bees and pregnant women.

Wow that’s the best intro I’ve heard yet. Tell me about the Arvada Creatives collective.

The best thing about Arvada is that it’s really just a group of very talented, creative, and dedicated people who just so happen to be my best friends. A common misconception is that arvada is just a clothing company, but we actually are a lot more than that. We do music, philanthropy, videography/comedy, photography, and also fine arts such as graphic design and painting for commissions, and not to mention the founder of the collective (ryan antar) isn’t even 20 yet. so we definitely are off to a great start, but also have a lot a room to grow and refine ourselves.

Did any of these guys push you to start making music? Or was that always in the works?

Music was really always a passion of mine, I was writing little rap songs since I was in elementary school. but I grew up really insecure and shy about it because the people my age/grew up around would always call me weird for being so interested in music and art. So I actually didn’t end up officially stepping into the music scene until july of last year.

The first song you put out was Eyeroll. Where were you at in relation to your music career? What type of space where you in at that point and how do you feel about that record?

That was technically the very beginning of my music career, I was making a lot of beats and posting them on soundcloud prior to that, but that was my first serious vocal track. And the reason I made that song was because I really just didn’t know myself too well back then, so I convinced myself that this girl broke my heart. I was feeling a lot of emotions at the time, and whenever something is really messing with my head like that, I write about it.

So Eyeroll was more of a self-therapeutic thing for me. And with that being said, I don’t really like that song anymore. because I’m over those feelings now, and also it was just mixed really shitty on my part. I think that’s all made up by bodiless.

It’s one of the best tracks I heard all year. It’s gotten a great response am I right?

Yeah I was actually pretty surprised it got the love that it did! I was featured on EARMILK which has been one if my favorite online blogs for a long time, that definitely reassured me that I was moving in the right direction.

Getting the due respect I’m sure feels great. Would you consider your music as therapy like you previously mentioned? Why do you make music in a nutshell?

In the simplest terms, music is what I need, whenever I need it. Music is as recreational for me as it is therapeutic. Music is really a sandbox where I can do whatever the fuck I want and it not be wrong. The reason I make music is because it’s one of the artforms that’s really boundless, I recently came to the realization that can create so many things and experiences with music. And that my music could very well be part of so many other peoples experiences. Because when I listen to a song, it kinda gives me a flashback to what I was doing when i first heard it. Or if something important/meaningful was happening while a song was playing, I immediately replay those memories when I hear a song. And it’s crazy to think that music can possibly have that effect on people.

The power of music is incredible. Is there anyone or anything that you are influenced by when making music?

Although you couldn’t tell from my music, one of my biggest inspirations would probably be Frank Ocean. the amount of personality his music has is really admirable to me. it’s very unapologetic.

I can actually hear that at least from the lyrics. To wrap things up what can we expect in the coming months?

My debut project jimmymac is coming out soon, I’m trying to get it just right so it might take a little while. But along with that arvada definitely has few surprises up our sleeves for the upcoming months.

I’m so excited for what’s to come and I thank you for your time. We really believe in you over here!

Thank you so much! And thank you for your time!