Hey Matt! Thanks for talking with us! Can you give us a short intro on you?

Yooo I’m Matt Muse, rapper, producer and music lover from the South Side of Chicago.

You have a show coming up in March in conjunction with 3sixty5Chi. Are you looking forward to it? How did you guys link up?

Yes I’m definitely looking forward to it. Ryan from 3sixty5Chi reached out to me with the idea of doing a show to showcase the artists in Chicago who are on the rise. It sounded like a super dope idea so I told him I was beyond down to do it.

You are headlining, but a bunch of dope artists that I’ve worked with are performing as well. Have you worked with any of these guys before?

I haven’t made any music with the other artists on the bill (just yet) but I’m good homies with all of them and truly respect all of their crafts. 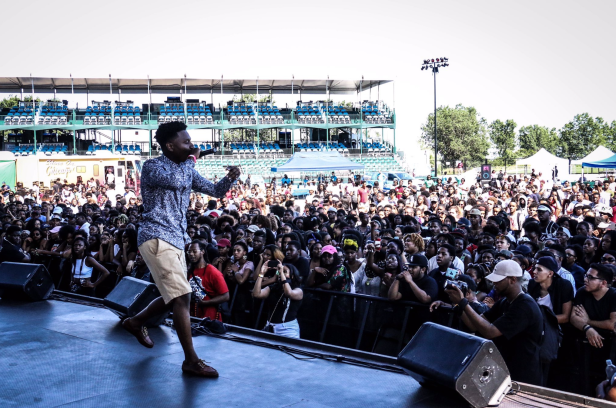 Have you done many shows? Do you enjoy performing?

Yes I’ve performed a whooooole lot since I started rapping seriously back in 2012. I absolutely love performing. It is by far my favorite part of being an artist. There’s nothing that compares to showing of these tunes that I’m so passionate about and moving a crowd with my words.

You’ll be dropping your new project the same week of the show. What is it called, and what can we expect sonically?

Yup, March 7th to be exact. Its called The SiKK Tape. Its a science fiction project set in a distopian Chicago. Its a story told through song that’s pieced together by skits between the songs. It’s got a lot of heavy bass, catchy hooks, and raw lyrics that tell my perspective on the city of Chicago through a cinematic lens.

How long have you been working on music? What are your earliest memories of hip hop?

I have been making music since I graduated 8th grade in 2006. That year my pops bought me drum machine as a graduation gift and I’ve been producing since. I started writing raps in high school and started to take emceeing seriously in 2012, my sophomore year of college. My earliest memories of hip-hop come from way back. My pops use to play all kinds of stuff, but I remember most vividly him playing Gimme Some More and Put Your Hands Where My Eyes Can See by Busta Rhymes. My siblings and I would sing those songs non-stop and I was in love hip-hop at that time without even fully knowing what it was.

You’ve worked on songs with two of my friends, Christian JaLon + Aced Spade. How long have you known them?

I met Aced Spade in 2013 during his freshman year at Northern Illinois University. I was a part of an organization called Ex’Pression up there and he joined that year and that’s how we met. I believe I met Christian a year later in the summer of 2014. 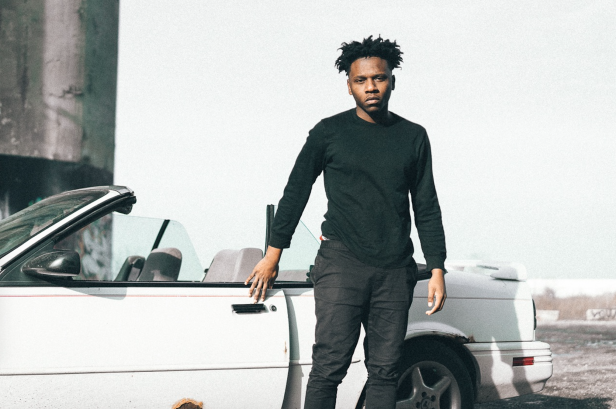 I recently learned you’ve spoken at a TED conference. What did you talk about, and what was that experience like?

Man the TED Talk was one of the most amazing experiences of my life. I spoke on how Hip-Hop literally saved my life and the strong impact it continues to have on people daily worldwide. I commissioned the audience to give Hip-Hop music a genuine try and that through doing so they’d learn the stories of so many people that they may have incorrect views on.

You are also a teaching artist at a great organization called Young Chicago Authors. Talk about YCA, your role, and how it has impacted your life.

I became a part of the Teaching Artist Core at YCA this past fall. YCA is a literary organization that aims to impact and change the lives of youth in Chicago through creative writing. As a teaching artist, i have teaching residencies in two Chicago high schools where I push students to express their authentic stories hip-hop and poetry writing workshops. I could type for days on YCA’s impact, but to keep it short, its given me the chance to finally work a job that is directly related to my craft and to impacting Chicago through my craft, which is a dream come true.

You’ve put out 2 impressive EP’s in the last 2 years. What makes this new release different? How do you feel about those tapes?

This new release is an ode to Chicago, something I’ve wanted to do for a long time. It’s different from those tapes in that its a story and that its just better. I love those other tapes, but this is a much more polished and calculated body of work that I am very proud of.

How long have you been recording and prepping for it?

Some of the songs are almost 3 years old. I’ve been slowly piecing together the idea for 3 years and have been recording for it throughout the last year.

You’ve worked with producer BmfnT quite a lot. He was even the instrumentalist on your latest drop, Nothing To It. What is your relationship to him, and why do you continue to work with him?

He is a brother through music. He’s another producer that I met up at Northern Illinois. He and my guy Teezy Too Dope were the first guys whose beats really complimented my style after I put the drum machine down and picked up the pen more. I continue to work with him because he’s extremely talented and he knows what type of music I’m trying to make. He has the same vision for his production that I have for my rhymes, and we try to fuse those visions together perfectly when we make tracks.

What’s coming next for you? What can we look forward to?

One thought on “Rapper, Teacher and All Around Good Guy Matt Muse Tells All In Our Exclusive Interview”