Chicago Rap/Rock Group Blaqrock Started Out With a Vision. 3 & A Half Years Later, It Couldn’t Be Clearer (Exclusive Interview)

In the mid 20th century, Chicago was filled to the brim with talented jazz and blues musicians. Muddy Waters and Louis Armstrong came up in the Windy City among hundreds of innovative performers. Hip hop has now infiltrated the city’s music scene, but history can never be erased. Search blues or jazz or rock AND Chicago on google and you’ll find at least one show to go to that very day.

Bands make up a good chunk of these shows, but if you can’t stomach alternative rock, or get bored listening to a jazz musician, look no further than Chicago based group Blaqrock. Fans of any genre will enjoy at least one element of their music, best represented in their live shows.

I spoke to the 4 man group fresh off their debut album to learn, in a nutshell, how after 3 and half years, their vision is finally coming to light.

The album is the story of a character known as “Blaqkid”, a man in his early 20’s speaking about the experiences he has lived through thus far.  How being an African American in today’s society has affected his life through turbulent arguments with lovers, dealing with the ignorance of other people who don’t understand him, people you can’t trust who you thought you could, and more…He is a character going through different transitions in life and speaking about it through this album.

Tell me the origins of the band, and how it got started

G – The band started with me wanting to rap and perform on stage I liked the idea of making music with talented people. Forming a band made sense for me.

M – The band started in a dorm room. Influenced by classic hip hop to modern hip hop fused with rock and metal influences.

A –  I joined the band recently, so I can’t speak on what it was like at its origins, but I know that since I’ve joined on, it’s been an awesome experience getting to play with everyone in the band and get to understand them musically, they are all amazing players and talented people. Since I’ve been in the group, it’s been a process of getting me caught up with the live show and starting to create new music with the new lineup. It’s been a very exciting time and process so far

D – It definitely started with Gardner a few years ago. I became a part of the band around June 2017 as the third or fourth drummer (don’t really remember). I meet the members through Columbia and even shared an ensemble with the former bassist and current guitarist.

2.  What was the biggest struggle in the beginning?

G – It was hard finding people that would stay and understood the commitment for establishing a band. Let alone forming a sound that keep us apart from our contemporaries and not too clique where we stay “ comfortable “ in this rap rock sound that’s been out since the 1980s. The hard part is finding an intersection that’s new with the same people.

M – The biggest struggle in the beginning was finding the right people.  It took a combination of finding good people with a certain vision which in any case is hard to do.

D –  The biggest struggle was finding our sound. We didn’t want to come off as cliche nor boring, especially since we consider ourselves as a rap/rock group. Originally, when i joined the band, there were also three vocalists, a trumpet player, piano player, and a DJ. So there may have been confusion as to what the others can play. Long story short, we condensed the band to a four piece band. 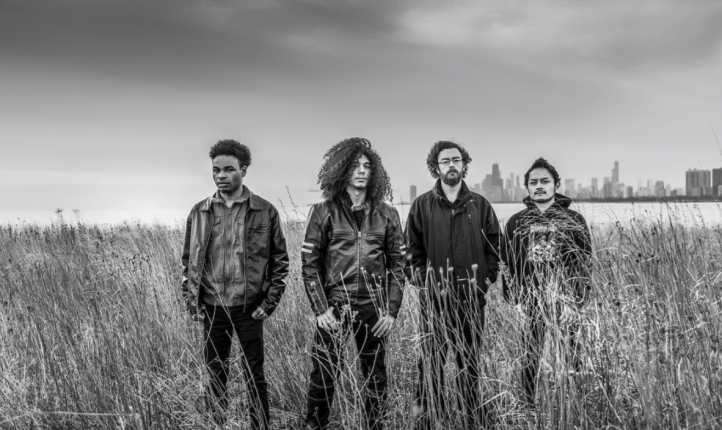 3.  How did you choose your band name?

G – I was listening to Childish Gambino song called “ sunrise “ he said a line that goes “ new shit you didn’t know ? Black rock like a fucking LOST episode something for these black kids to call there own”

So I called it blaqrock and that wasn’t supposed to be the name but everyone liked it so it stuck.

M – Gardner is responsible for that. He told me when we met that it means black people playing rock music.

4.  Chicago is a city rich with music culture spanning decades. What genres or time periods in general inspired each one of you? Or maybe it was a singer, artist, etc…

G – I listened to a lot of Linkin Park growing up and I was like in love with the metal / hiphop sound they had but other than that. I listened to Kids These Days, Gorillaz, Tyler the Creator, Kid Cudi, and for vocal performances. I listen to a lot of Betty Davis , Marylin Manson, and Perl Jam.

M – For me, my early influences are in classic rock/metal. Today it’s a combination of that and jazz.

A – I’m a jazz trained bass player, so I have many deep roots in that music. But in terms of newer music that really inspires me, I take a lot of inspiration from Hiatus Kaiyote’s music, I think they have the best energy and music out of almost anyone I can think of these days, they’re incredible. Also specifically Chicago based musicians, I really love the music of Noname and Mick Jenkins, who are both incredible hip hop artists who I think really capture the Chicago sound

D – Personally, as a drummer, I draw influences from drummers such as Brad Wilk (Rage Against the Machine), Jon Theodore(The Mars Volta, QOTSA), Josh Freese (NIN, Sting, Devo, A Perfect Circle), and Nate Smith, just to name a few. I try to take their styles and techniques and apply it to my playing. The funkier the better, ha!

5.  You guys are killing it with the live shows. How many have you played?

A – I’ve only played 2 or 3 now! But it’s definitely been developed and has an awesome energy that I can come in and play off of very easily

D –  I think we’ve played at least 20 shows. If we started playing live in august 2017, and we played a show at least once a month, then we for sure have 20+ shows under our belt.

6.  What is your favorite memory on stage?

G – Throwing t shirts at people on stage! It was cool. I felt famous for like 10 seconds

M – When we played at the metro to a packed out, looking over and seeing my band mates kill it…knowing I had members..friends..that wanted this as badly as I do

A – So far, every time we’ve played Kicks live, which is my favorite song on the album, I get to see almost everyone in the crowd head bangin or groovin and it’s a great feeling seeing that. Think it’s awesome affecting people with the music like that

D – My favorite memory onstage was our intro for our Metro show for Biggest Mouth back in April. I think we had the anticipation of the audience at it’s highest that night.

7.  How are things going in recording actual music? Give us a breakdown of what you’ve recorded and what’s coming up next

G – We already recorded songs for our newest EP or LP we are currently coming up with new sounds. It’s hard especially because I’m not in the same head space I was in the past two years so my ideas have matured and I’ll be more genuine in my energy.

M – We recorded our first album in July.  We were ecstatic ..we had been trying to so hard to record for so long..and once we had it done, we felt relieved.  We basically recorded our most liked and best songs over the course of 3 years.  We’re pushing to play 2/3 shows a month

A – So far, it’s No Love for Blaqkid which just got pressed into a physical release, so that’s exciting, I like the project a lot and that’s what originally piqued my interest with the group and why I tried out for the bass spot. So I’m very happy to be a part of that posthumously, and I can’t wait to record more music with them and see what comes out

D – We recently released our debut album, “No Love for Blaqkid”, back in August. Its on all music streaming platforms available. In addition, for those who donated towards helping pay for studio costs they will receive merchandise based on donation amount. But don’t even fret, we still have more merchandise to sell at our shows and quite possibly online. 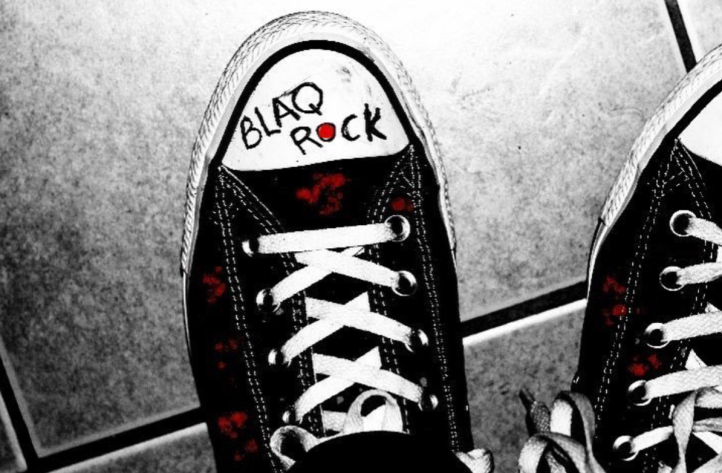 8.  Are more live shows in the works? Do you feel comfortable with how they’ve gone or is there more work to do?

G – Yes there are more live shows …we have one coming up this month and December, I’m okay with how they have gone I just prefer have line up with people who are in our genre of hip hop and rock anything else is “ ehhhhhhh”

A – Always more work to do, but think they have gone well so far. Would really love to get a show where we really get to rip everyone’s heads open with the sound of the band, think it definitely has that potential

D – We strive to have a show or two every month. And every show will always be a work in progress but we never fail to make every show better than the one before. There’s always room for any shock factors, live improvisation, or maybe guest performances.

Grab merchandise, updates, and more on their official website here.

Blaqrock’s next show is on November 29th at Emporium with performances by Marko $tats and Musa Reems. RSVP here.