The first time I heard D2X, I was convinced he would be a driving force not only in Chicago hip hop, but the genre as a whole. I’ve been singing his praises and posting his music since the beginning of his career, which was only two years ago. If this is what D can do in such a short amount of time, then imagine what the future holds for him.

D is no longer ‘underground,’ because after the release of his latest EP, Enjoy Life, he hit a plethora of blogs, did a ton of interviews, was on a radio show, and even got love from Audiomack. As you’ll read in our interview below – D doesn’t go a day without doing something music related, which is why he’s already come back with some more heat.

J. Cole inspired him to start rapping in the first place -so it was only a matter of time before he hopped on one of his beats. Cole dropped Stay (2009) on the first of his underrated EP series Truly Yours. As soon as D heard the instrumental, he felt moved to spit some bars over it. The result, Stay (2011), is a worthy homage to the North Carolina MC.

Stay (2011) contains ‘older’ verses, but only in content. D sprinkles in some thoughts about his latest EP, his success, and even his vulnerabilities. His flow is BANANAS, and you’ll hear that from the jump. He spits truth, AND makes the track a banger.

A premiere and an interview? I’m in heaven. Take it all in folks. 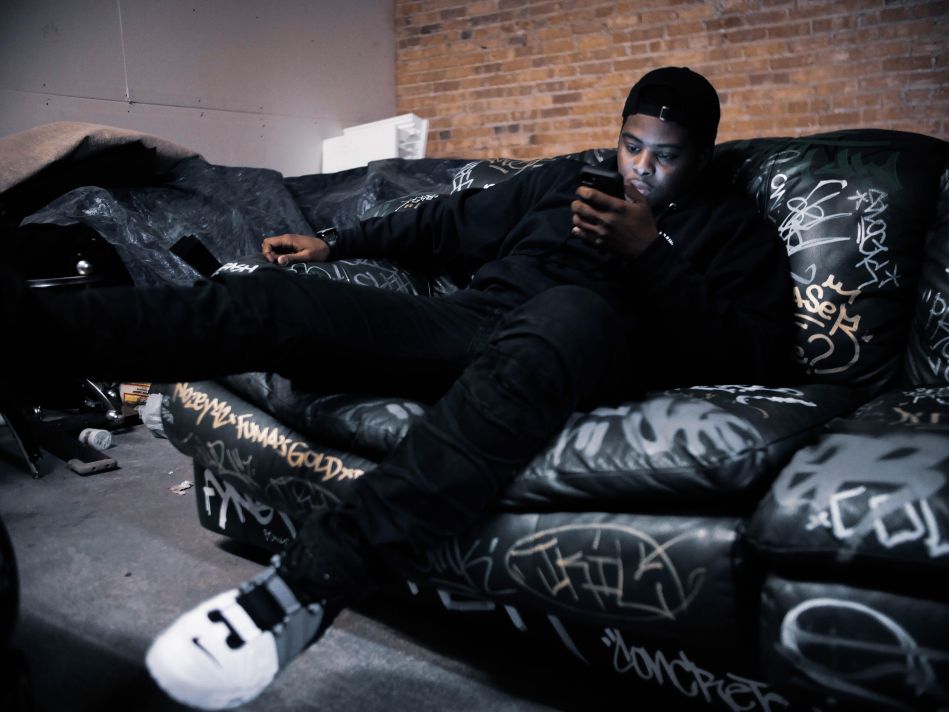 Hey D! Thanks for talking with me. Give everyone a proper introduction on yourself.

Well, I go by the name of D2X. I’ve been doing music for almost 2 years now, born in Chicago ,then I moved to Riverdale, IL which is a south suburb right outside the city. I’ve been here ever since. My aspirations for doing music is to spread light on my story and my experiences and also use my voice to help those who need someone to relate to.

I wanna be a hero for my neighborhood, and after I decided I didn’t want to try out for the basketball team at Western Illinois during my freshman year, I picked up music and it’s been my biggest passion ever.

You know I’ve been rocking with you since the start of your career. I’m interested to know how you picked up so many skills in just 2 years.

It just took consistency. I’ve been a fan of hip hop my entire life. I remember even back in high school I use to debate with my friends about albums that dropped and we use to be super engaged in explaining our sides and opinions. Till this day I still do. Just me being a fan of the game and loving music helps drive me. It’s never a day I’m not doing anything that has to do with music and when you love something so strongly, you’ll never fail and I wanna do this as long as I can.

You said you’ve been a fan of hip hop you’re entire life – what did you grow up listening to? Did any one artist or album make you think “hey, I wanna pursue this.”

I never thought of being a rapper ever, but growing up it always was a part of me, maybe I just never realized it till I finally decided to pursue it. But growing up I was big fan of J. Cole. Friday Night Lights was the first project I heard and that’s been my favorite rapper ever since. Also I grew up admiring Kendrick, Mac Miller, Wale, Jay-Z, and Kanye – especially the days when he put out College Dropout and Late Registration. But the album that really changed my life was 2014 Forest Hills Drive. It was so relatable and it still sticks with me to this day. That’s definitely the album that inspired me to even want to think about being a musician.

Those influences make a lot of sense, as your music, in my eyes, has that expressive lyrical vibe, but you can also bring that aggressiveness.

Yeah that also comes from being inspired By G Herbo. I listen to everything so it’s a lot of music that influences me. Also guys like Meek Mill.

I wrote about your DJ L produced track awhile ago. How did that all come together?

I met him once before, he real cool. We don’t got a relationship at all though, I just bought some beats off his website one time  and just made the best out of them.

What project or song are you most proud of in your discography?

That’s a great question. I’ll say Nites, and some songs off of my new EP. I feel like I’ve gotten more comfortable with the style of music I make and I’ve just taken it to another level. I’m excited for what I’m going to make next.

Let’s talk about your latest EP. How long did it take to record Enjoy Life’? Was there a theme in mind?

So first off I’ve been conducting music towards a project since August of 2017, and what’s crazy is “Calling” was actually going to be an intro to the last idea I had. The title of the project was going to be called “ Dreams of An Adolescent.” I scrapped that. I felt like I was thinking too deep on making a concept project instead of just letting it come to me organically. So when this summer started, randomly one night, me and GLOhan was working on beats in the studio. I would just give ideas and he’d make the beat. I just told him like imma just do an EP.

Reason is, short projects to me are more cohesive if you conduct them correctly. It’s no point of skipping songs and it’ll helps me get my point across in a non overwhelming fashion.  It took 3 months for me to record the entire project from May to July.

We got everything mixed and mastered, and has been ready to go for a few months now. The title “ Enjoy Life” came from my Trip to LA with my family. We was celebrating my moms birthday. It felt natural and real and that was my fist time out there. I got to see different parts of the city, I met up with Ova East Meech  at his house, I met him through his manager Von, and that whole time being there was a great experience. That entire trip helped scope the concept of my EP.

You have mastered the art of the short project. Do you feel this is your best yet?

For sure it’s my best work , I spent a full year on working towards a project. When I did IANAF I didn’t work on that long – 4 months. On Enjoy Life, I went through a ton of beats, over 100, and it came out perfectly. 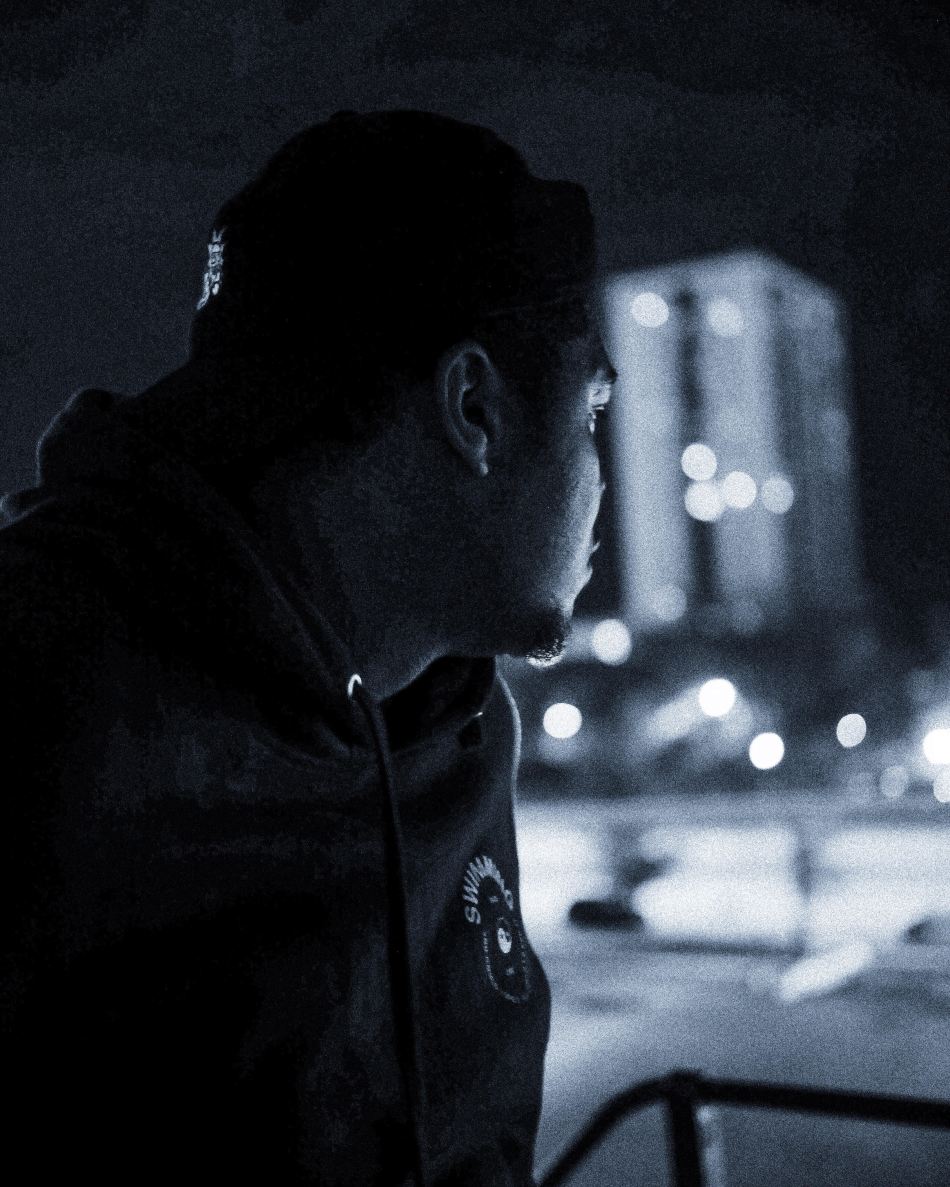 How did you build such a close bond with you fans? I see it all over your timeline.

Just being real and honest, supporting others, being positive – and that brings good energy your way. When you do the right things, it’s beautiful.

What did you hope to achieve with Enjoy Life?

To just spread my message to the listener, to live life, chase your dream, and never forget the obstacles and past experiences that made you.

I wanna thank you and everybody who’s been supporting me on this journey. This means a lot to me.