Hey Logan, thanks for sitting down with us.

Hey Julie, thanks for having me. I’m a singer/songwriter/producer from Pittsburgh, PA, just out here trying to rep my city.

What got you into singing, songwriting, and producing? Did you get into all of these at the same time?

It started with singing. My dad would always be singing when I was a little kid, and I eventually realized I enjoyed it too…so I’ve been singing for as long as I can remember. Songwriting came around by the time I was in middle school. Nodthing serious, just whatever was going through my 14 year old head. I would do talent shows and other things, but music didn’t really get serious for me until the end of 2016.

That’s when I started to hit the studio and actually began to craft a vision of what I wanted to do. When I first started out, I was scouring YouTube for beats, like a lot of people when they begin making music. Pretty quickly I realized that I needed to make my own beats. 1) I wasn’t interested in paying for something that I could do myself, and 2) very, very few of the beats I found resonated with me. So during the summer of 2017 I started producing, and most of my stuff has been self-produced since then.

It sounds like your childhood and Dad had a big influence on you. What music did you grow up with?

It’s funny, my dad basically only sang country songs. Sometimes there was some Pop or RnB being sung, but much less often. I’ve never liked country music that much, as a kid I gravitated towards Alternative Rock mostly, like The Fray, Green Day…and more indie/folk stuff like John Mayer. My love of RnB and Hip-Hop came later.

Has hip hop influenced any of your singing or production? Any albums or artists?

Most definitely. More production wise than singing, albums like Eli Sostre’s Still Up All Night heavily influenced my production in the beginning. I listen to a lot of underground artists, I find them more interesting than most mainstream musicians nowadays. Aftertheparty is a great example of an underground artist I was heavily influenced by at one point. Similar to The Weeknd in his beginnings, no one knows what he looks like. That shit is interesting. I listen to so many different types of music, it’s hard to pinpoint influences and inspirations, there are so many. But those are the ones that come to mind.

The Weeknd was amazing back in that 2011 era. Is that when you started to make music?

RLA wasn’t even a figment of my imagination in 2011 haha. One of my earliest forms of creation was when I got a keyboard, I would write songs and lyrics and play them…basically for myself haha. That was 2014 or so. But even then, it was just a hobby. Music wasn’t serious for me until 2-3 years later.

How do you feel about your musical output since then? Talk about some of your work?

Massive improvement. I’m still just getting started. My song Lotus was an epiphany to me, like “holy shit, I’m actually good.” I still remember, it was Beat 48. That was the point when I knew for sure that producing my own stuff was the way to go. I’m going for a sound that no one else has, so I knew relying on other people for beats would only inhibit me. In fact, I feel that way about more than just production. I write and mix all my songs, and I have one producer/mastering engineer, Highway, that masters every track. He also produced the records “Drove U Crazy,” and “Ghost.” He’s the man.

I don’t think many realize how much work goes into writing, producing, and mixing your music.

Definitely. I also think that the music community is part of that misconception. Rarely do producers and engineers get the credit they deserve. Most people don’t even know what an engineer is.

Tell me about the PA music scene for those who don’t know.

Pittsburgh definitely isn’t as saturated with music as Philly…but there’s a very interesting scene going on here. Pittsburgh was one of the roots of jazz and that really comes through in the local music. You have artists on the come up like Amir Miles, MJ Ultra, and others that infuse R&B and Jazz. It’s a very diverse scene, you’ll find everything from metal to folk to hip-hop. When people think of Pittsburgh they think of Wiz Khalifa and Mac Miller, but there’s a lot bubbling beneath the surface.

Do you go to any live shows?

A few. I go to a lot more house shows than more traditional venues, that’s one great thing about the Pittsburgh music scene…there’s a very active house circuit. You meet a lot of cool people. If an artist I really enjoy is performing I’ll go to a show, but most of the time I’d rather stay in the studio. 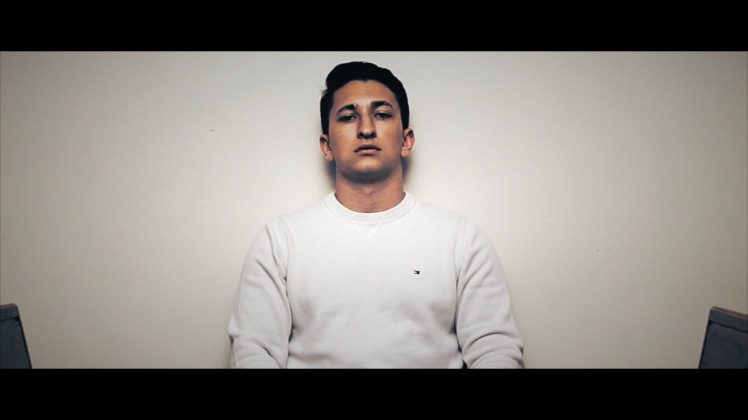 The title of your project means truth in French and that was, overall, the feeling I got from the production to your lyrics, especially on Lotus. Why did you use the French word?

In the beginning the idea was thrown around to just call it “Truth,” but I decided that was too boring/cliché. The word Vérité works so perfectly because of it’s second meaning. Vérité was a genre of film that made heavy use of realism and naturalism. It’s often described like the camera was just a fly on the wall, going completely unnoticed. That’s what I wanted the listener to experience…an unedited peek into my existence.

That makes sense. I feel like your lyrics aren’t super straigthforward. There are layers to uncover that require many listens. I’m interested to know a little more about Lotus – it’s my favorite song. You poured your heart out about a lost love. Was that hard to write?

It’s an interesting dynamic, because the mindset I was in when I wrote it, and the mindset I was in during the time the events actually took place, were totally different. The events I talk about on the song happened at a time before I was creating music. At the time I wrote Lotus, I wasn’t heartbroken, and I wasn’t longing for love, or anything like that, you know But at the time those things happened, I definitely was, and I had to transport myself into that mindset. It’s almost like writing for someone else. I’m not worried about showing my vulnerabilities to the world, like I said I want my music to be a mirror of my life…the hard part is actually putting myself in that place of being heartbroken.

Am I right that you continued that in the next track ‘blocked, the switch up?’

Bingo. Bronchitis is like the narrator introducing the story, and shows where I’m at now. After that the project goes in chronological order. Starting with heartbreak in Lotus,  the epiphany hitting me on At My Worst, and the rebound starting with Make You Sweat. The track Vérité comes back to the surface, like the final narration after the story has played out.

I like how you aren’t just putting out random tracks – sequencing has become a forgotten art. Let’s get into ‘at my worst.’ Why so short?

I agree about the sequencing…I recorded At My Worst like a year and a half ago, I was in Orlando visiting Gray, a long time friend and fellow artist, and Highway, my mastering engineer, at their studio. I was the only one home, just totally faded in the studio. I just poured out what was on my mind into the mic. I went back and tried to record more, but the same emotion just wasn’t in it. So I kept it to one verse and waited for the opportunity to put it out. All the way up until I submitted it, it was called “Faded Interlude” on my computer.

I think realizations can happen very quickly, often in a split second, and you mentioned earlier that was the epiphany moment in the project.

Most definitely. There were a few songs that came out of that trip to Orlando, and I’ve always known I would put out At My Worst at some point. The “yeah yeah yeah” you hear at the end was just the mic feed as I was walking out of the booth…every time I hear it, it takes me back to that trip.

We talked a lot about sequencing and the art of making a project. Have you heard things like that from listeners?

I’ve gotten tons of positive feedback and support for the project, mostly just about the music. It’s just a fact that most people won’t pick up on, or even care about, things like sequencing, unless it’s SUPER obvious/relevant to the piece of work. I don’t mind though, I do it for myself, and the few music intellectuals that do pick up on it.

Is there anything else you’d like to talk about?

I think we got just about everything. I’m excited for the project to finally be out, it’s been coming together for a long time. Music videos? Maybe. Merch? Maybe. Be on the lookout.