Consistency In Hip Hop, The Golden Era of Mixtapes, & The Demise of the XXL Freshman List (Editorial)

If a well-renowned rapper drops a classic album at some point in their career, hip hop heads pray another one will be coming soon. Let’s think about Eminem. I have no problem deeming his first three projects masterpieces (The Slim Shady LP, The Marshall Mathers LP, and The Eminem Show). 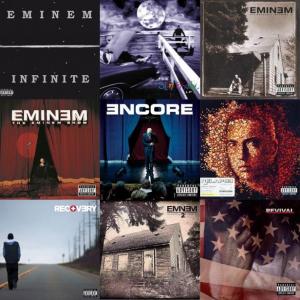 After The Eminem Show came Encore, the first of many duds to come. His next album, Relapse, has a special place in my heart…but it’s 2018, and 3 albums later, I have lost all respect for the man. Let me be clear…many of my favorite MC’s have put out bad albums, but the nature of Eminem’s descent is the most problematic. He took corniness to a new level on Recovery, dropping sellout radio singles such as ‘Not Afraid,’ ‘and Love The Way You Lie.’ Yes, his earlier albums produced multi-platinum hits, but singles such as ‘Stan’ and ‘The Way I Am’ were complex, creative, and hit you right in the gut.

At this point, calling an artist “the best of all time” has become a careless declaration. A great MC can change, experiment and evolve, but if they continue to drop lazy, unimaginative LP’s among one or two great ones, this inconsistency will become their demise.

I have also lost a great amount of respect for Kanye West, and not just for the obvious reasons. My disgust has come from his latest album, ‘ye’. Kanye talks about his struggles, his vices, and what he’s “going through” (how much have you put us through Kanye?) Sure, props to him, but this vulnerability factor is in every one of his albums. Somehow, this has excused the awful EP that is ye. Does ye take away from my love of The College Dropout, Late Registration, or Graduation?Absolutely not. I still think he is a great artist and producer. I know if he really wants to he can put his current state of mind, struggles, views, politics, and shame into an amazing project.

Hip hop has become the new pop. Peep the charts on Spotify, Apple Music, and the Billboard Top 100. SoundCloud has become a dark hole of Lil Pump, Smokepurrp and Playboi Cardi look and soundalikes. If you dig deep, or visit the right blogs, you’ll find pockets of hip hop goodness that will feed the fans of the true art form. But are there any left?

I was born in ‘91, and missed the greatest era in hip hop history. The last two years have brought pill-poppin, OD promoting, ear piercing “rap” that has hurt my very soul. I used to complain about not being old enough to experience Illmatic, Reasonable Doubt, and the like, but my attitude has completely changed. I’ve become forever grateful that I spent my young adulthood with Kendrick Lamar’s Section 80, J. Cole’s Friday Night Lights, Wiz Khalifa’s Kush & OJ, Logic’s Young Sinatra, and that period of time when mixtapes were expected to be album quality.

Almost a decade ago, a new crop of talented and innovative rappers began to emerge such as Wale, Big KRIT, (the aforementioned artists) and later on, the “drill” movement of Chicago (Chief Keef, Lil Durk, Lil Bibby & Lil Herb). It was the 2009-2014 XXL Freshman lists that were most telling of where hip hop was heading. It was an exciting time.

The 2009 freshman class was made up of Wale, B.O.B., Kid Cudi, Charles Hamilton, Blu, Mickey Factz, Curren$y, Ace Hood, Cory Gunz, and Asher Roth. The editor’s note to preface that issue even admitted that most of their readers wouldn’t recognize the names on the list. XXL no longer has that underground love. The Freshman list is no longer about talent. We have entered the age of clout.