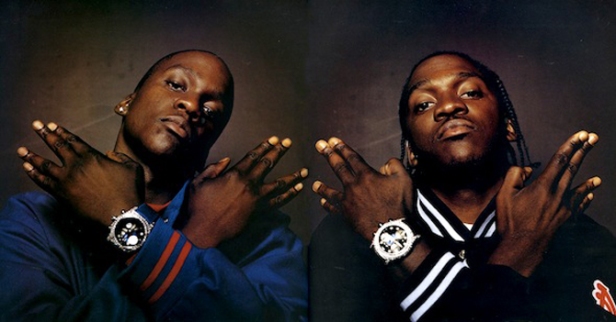 The early 2000’s were full of excellent hip hop albums. At the start of the 21st century we were blessed with the Marshall Mathers LP, which became the fastest selling studio album by a solo artist in American music history. 2000 also saw Supreme Clientele (Ghostface Killah) Stankonia (Outkast) Train Of Thought (Talib Kweli + Hi Tek) and underground cult classics such as Deltron 3030 and The Unseen (Quasimoto).

In 2002 I was just 11 years old. I had no connection to music besides the pop radio hits of the time. Little did I know it was one of the greatest time for hip hop since the 90’s. There was no shortage of music to listen to. When I decided to dedicate my life to the genre, I researched the classics. 2002 had The Eminem Show, The Lost Tapes (Nas) Blazing Arrow (Blackalicious) Quality (Talib Kweli) Phrenology (The Roots) and many more. While I enjoyed every one, it was Clipse’s 2002 debut Lord Willin’ that changed my life. 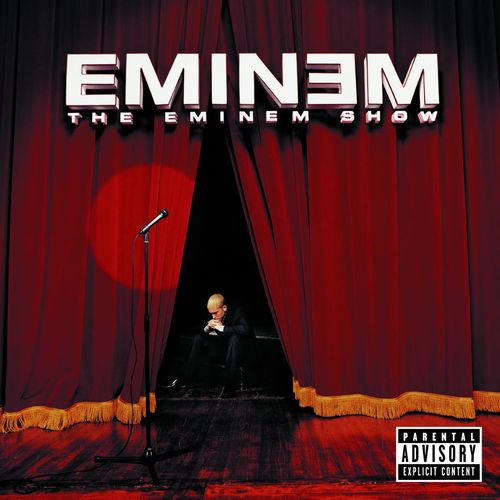 A little background on the group: Brothers Pusha T + Malice joined up in 1992, initially calling themselves Jarvis. They had moved to Virginia Beach from The Bronx, and soon met Pharrell Williams. He took them under his wing, and helped them secure a deal with Elektra Records in 1996. They recorded their debut album (Exclusive Audio Footage) with Pharrell as executive producer, and dropped their first single The Funeral, but it did small numbers. As such, the album was shelved and Clipse was released from Elektra.

Pharrell knew how talented the brothers were and signed them to his Star Trak Entertainment imprint in early 2001. Under his guidance and the overarching label Artista Records, they released two successful singles, When The Last Time, and Grindin’. Their debut Lord Willin’ was released shortly after, receiving rave reviews, and hitting #1 on the hip hop charts.

5 years later, after a suggestion from a friend, I downloaded the LP on iTunes. Initially, I didn’t understand it. What the hell was I hearing? The production from The Neptunes gave me goosebumps, and the rapper’s chemistry was unlike anything I’d ever heard. I played Lord Willin’ every single day for almost a month. I couldn’t get enough.

I revisited it just last week, and it gave me the exact same feeling; as if I was listening to it for the first time. If you haven’t heard it, I’m hoping this review will inspire you to give it a listen and be a helpful guide to each track. If you’ve already been exposed to its genius, I hope it will give you a reason to press play again.

Arguably my favorite track on the album. Pusha T gives you no breathing room, starting his verse under a second in. Braggadocios lyrics accompanied by a blunt delivery introduces this unique emcee. Malice hits the second verse, speaking on his desire to leave the streets behind and find his life’s purpose. He tells us no rapper can top his rhyming abilities which you just might agree with at the end. The Neptune’s jump right in with them, combining bouncing drums with an abstract baseline.

When those horns hit my adrenaline picked up and chills ran throughout my body. I felt it even more when Pharrell began to us his high pitched voice as an instrument. Who knew a somber history of childhood could sound so upbeat?

Arguably one of the best hometown anthems in the history of hip hop. It’s not a complete celebration as Pusha and Malice shed light on the drug culture and their history with dealing. Police brutality is touched upon with anger, but they see no change in sight. Although they aren’t too fond of their situation, they are full of pride.

And then we come to the best song of 2002. The Neptunes blow all other producers out of the water, utilizing minimal hand claps and the loudest drums I’ve ever heard. While this is Clipse’s most commercial song, (as it was a very successful single) they stay true to their bread and butter with drug references, boasting, and some sentimentality towards the end.

Pharrell comes in with the simple but effective chorus, and Pusha and Malice give their best performance yet with crazy metaphors, wordplay, and unique cadence. Although the subject matter stays the same, they keep it fresh and never stale. We’ve also got some features on here from Ab-Liva and Roscoe P Coldchain. It’s over 5 minutes, and while the contributors add some flavor The Neptunes and the brothers continue to be the stars of the show.

The Neptunes prove their versatility once again with this track. There are elements of funk, groove, and 70’s r&b. The duo trade bars to defend their player ways with help from Faith Evans. It’s a nice switch up, and the most relatable song so far.

This was a bold move. There are no verses from Pusha + the brothers; only a “freestyle” from a rapper named FamLay. If this truly is a freestyle, it’s impressive. If not, it’s an average record at best. Allowing another artist to have an entire song to himself was admirable, and although it’s my least favorite on the project, it was a humble move.

When The Last Time

Another mind blowing moment. Every element of this song is incredible. The Neptunes were able to incorporate jazz and melody into the most club worthy song of the album. I replayed this a few times before moving onto to the next.

Besides the FamLay freestyle, this was my least favorite cut. It’s still a nice offering, but sounded a bit uninspired and a little cheesy.

Another song chock full of mind bending word play. By this point in the album listeners are most likely convinced the rapper’s drug dealing past is very real. If there’s any doubt, Comedy Central will give you all of the reassurance you’ll need. These guys can’t make this up as they describe in detail the transactions and benefits of the operation. It’s another highlight for The Neptunes, with a clear incorporation of guitars and prog rock. Fabolous gives a standout verse as well.

This is the most ignorant track on the album and the most fun. Adding a carefree song into the mix was the break we all needed.

This is a summer anthem. You can almost see the clear blue water, beaming sun, and girls clad in tiny bikinis. It’s full of sex, getting high, sweet sipping, and even romance.

It starts with a statement from Pusha T: “I told you, I live this shit.” He’s not trying to prove it, but warn against it. Clipse have perhaps unknowingly given us the most anti-drug album in hip hop history. There are huge downsides to being drug lords summed up in the closing track. Getting hit with ten rounds, getting robbed, and facing death isn’t fun. Jadakiss, Styles P, and Coldchain second the motion.

No Malice concludes Lord Willin’ with perhaps the most important line of the debut: Yes it pains me to see them need this/All of them lost souls and I’m their Jesus.

Two more albums would follow, but Lord Willin’ is the group’s finest work. In February 2013 Pusha T announced the title of the group’s fourth studio album would be As God As My Witness, but at 2014’s SXSW performance Malice announced the break up of the group. While Pusha continues to put out music under GOOD Music, Malice is now No Malice, and is a devoted Christian.