XV Was Up Next…Let’s Revisit His Early Mixtape Run

As I wrote about in my first editorial on this site, Lil Wayne was my introduction to the hip hop mixtape world. One of the first tapes I ever downloaded was The Dedication 2, and boy was it a banger. It still stands as my top 10 free releases of all time, and most would agree it’s one of his strongest pieces of work

After downloading it on Datpiff, I begun to notice a host of other projects covering the site. How Fly by Wiz Khalifa + Curren$y was an early favorite, but in 2009 I saw Everybody’s Nobody from a guy named XV. The quality of the cover wasn’t great, but it was doing numbers. I believe I had seen it on DJ Booth as well I decided to give it a try.

After hearing the second track Awesome, I knew this guy was unique. He had a backpacker mentality, (the cover is a guy with a bag over his head literally wearing a green backpack) wasn’t afraid to speak on what might not seem “cool” and could craft album worthy songs. He also had some big name features from the likes of Wiz Khalifa, Colin Munroe, Ne-Yo, Freddie Gibbs and Big Sean. Those were the it guys in that time.

After that tape I jumped on every new release and spent weeks replaying it. He seemed to be the next major act to burst into the limelight. He even signed to Warner Bro’s Records after Everybody’s Nobody and promised us his debut album was coming in the first quarter of 2013. It never did.

In 2010 a great site on Tumblr emerged simply titled: Vizzy Zone. It was dedicated to all things XV. I was interested to see if he had any previous work. Thankfully the site put up a full discography with download links dating back to his first tape The Definition (Vol. 1, 2, 3 + 4 came later.) Vol. 1 + 2 came out in 2006 followed by The Complex Experiment Vol. 1. In 2007 alone XV gave us 4 new tapes to digest.

While the projects were promising, they were far from polished…especially the mixing. No shade is thrown as he was an up and comer, wanting to show off his wordplay and build some buzz without a desire to make it sound even. (He did release an independent album in 2006 titled Complex that wasn’t much stronger than his earlier mixtapes, but was an upgrade in the mixing department.) There was some serious growth with every tape, but it wasn’t until 2008’s Recycle Bin that his craftsmanship started to come together.

I would like to note that in 2008 XV started his 40 Days + 40 Nights series in which he released a song every day and night for 40 days (pretty straightforward.) There were A LOT of gems on there and I admire the fact that none of the 80 songs were bad by any means. While most contained already made beats, there were 15 original cuts that were very strong. He had a crazy array of features including Mickey Factz, Tyga, Skyzoo, Curren$y, Theophilus London, and many more.  Quiet honestly, I recommend downloading the tapes and playing them all the way through.

There is a lot to love about XV (who got his name because he started his musical career at age 15) so we’ve decided to revisit his most critical mixtapes. While he’s put out over 20 since 2006, 5 remain to be his best pieces of work. We’ll be giving you the essential tracks to revisit and more about the project. His last project was Vol. 4 of his March Madness Series which came out in 2014, and fans are understandably a bit worried. He has been featured on a few oddball tracks such as Here We Go (with SakuKill) and 100 Percent (with Lucid) among a few others. 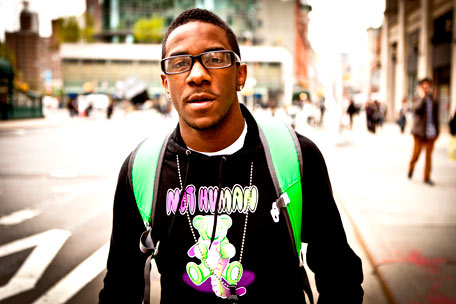 He just recently got back on Twitter and has been promising for quiet some time that his website will be available soon. I’m not sure if he’ll be able to pull off another run, but only time will tell. For now get lost in some of the best mixtapes to come out of those formidable years.

Unfortunately there have been some issues with embedding recently so I’ve provided full streams of the tapes in the form of YouTube, Spotify + BandCamp. BUT, right underneath is a clearly marked download link that will take you right to a page so you can download the project for free. Apologies on that.

Here’s what I know about Recycle Bin. 1) It came out in 2008. 2) Recycle Bin refers to the place you throw away items on your PC. 3) There are computer clicks before every track which gets extremely annoying, although I do admire X’s perseverance. 4) Up until then it was his strongest project to date. Although almost all of the cuts use somewhat popular instrumentals, XV was able to make it all his own. He was beginning to learn how to craft an engaging piece of work with a stronger voice, showing more personality and wit.

Get Grown + Bonus Track (flip of Everyone Nose from N.E.R.D.) was a preview of the party songs X could potentially make, while Punk has him at his most vulnerable. La, La, La stands up to the Lil Wayne cut of the same name, and while The One (flip of Int’l Players Anthem ( I Choose You) from UGK) starts off slow, once the beat drops X delivers arguably his best flow and bars off of the entire tape.

Side Note: The Square In the Circle tape came next in that same year. While the production (thanks to Summers) was pretty intergalactic with samples from notable electronic and rock bands, it rarely worked. I respected the experimentation and the direction, but it just didn’t hold up. From what I’ve read, his fans mostly ate it up.

This was the tape that got XV’s name out of his home state of Kansas. Everybody’s Nobody was his fullest project yet with mostly original tracks. Many deem it a classic and his best project to date. He took a giant leap forward in finding his most effective sound. He even got Wiz Khalifa, Ne-Yo, Big Sean and Freddie Gibbs on it, which was huge as they were some of the most successful mixtape rappers at that time. Ne-Yo of course was at his prime in 2009.

X also got his first big premiere when DJ Enuff of New York City‘s radio station Hot 97 (WQHT) premiered one of the best tracks on the tape, Mirrors Edge, a month before it was released. Awesome was his first big hit, and for good reason. It was a classic feel good track more rooted in pop than hip hop. This would be a running theme throughout the project. Where Square In The Circle used too many abrasive and heavy electro beats, E.N. thrived off it’s perfect combination of pop, hip hop, and dubstep/electronic instrumentals. In general the production was cinematic thanks to frequent collaborative producer Seven.

Vizzy Zone was out of this world. I soaked in E.N., but once I heard those violin strings on The Flying V I knew this was going to be something special. At that time hip hop fans all over Twitter and influential blogs around the web called it one of the best mixtapes of the year. Just peep the features: Talib Kweli, Chiddy Bang, Mike Posner, Kid Cudi, Killer Mike, Mac Miller, Bun B, GLC and Colin Munroe. (We do have to remember that he had signed to Warner Bro’s Records the year before, so that may have had something to do with the high profile artists involved.)

One thing out of the gate: this was (almost) all original production. The subject matter was more intelligent and refined and thankfully the mixing was 10x better than his previous tapes. Let’s also note that his usual artwork did a 360 as the cover was a graphic wonderland.

There were some problems though. 20 tracks was too long. A good amount of the songs seemed to be filler. The artists featured (including now side kick producer Seven) out shined XV. (The exceptions are listed below as the essential tracks.) Also, many believed it wasn’t a proper follow up to Everybody’s Nobody as the quality had diminished.

Yet Vizzy Zone was critical to XV’s music career as he gained a great amount of new fans and proved that with the right backing he could make a mark in hip hop. Also, Nevermind was a bonified hit.

Thanks For the Donuts (released in 2011)

Not only is Thanks For The Donuts a very overlooked XV project, it’s also criminally underrated as a free release. I don’t know a lot about the backstory of the project, except that quiet obviously the tape is an ode to legendary producer J Dilla, and his instrumentals are dispersed throughout. Also, randomly, the song What’s Eating Gilbert Grape contained a sample from the Cure. Sadly, not much has been written about the tape as I’d love to learn more about how this all came together.

The direction XV went in on every song was insane, along with his effortless flow. His raps are tighter and he sounds more confident. When I heard TFTD I couldn’t believe the difference a year could make. There are no essential tracks on this as it’s not supposed to be picked apart. It’s under 15 minutes and is meant to be played all the way through. I stand by my strong belief that Dilla’s beats bring out the best in whoever is rhyming over them.

Essential Tracks: PLAY ALL THE WAY THROUGH

This was the full length I was waiting for from XV. Zero Heroes was the closest we had ever gotten to a cohesive project in narrative and theme. Punchlines were abundant and the features were even better. My favorite X tracks of all time are placed on this tape. Throughout the project X sounds like he’s having more fun. Just reading the producers involved gives me chills: J. Cole, Just Blaze, Omen, The Awesome Sound, Swiff D, The Lieutenant, and of course right hand man Seven. His playful nature was what made this tape one of my greatest memories of 2011. ZH is easily album quality which makes it even more of a bummer that his debut never saw the light of day.

Another fun surprise that came a day after the release was a bonus song titled Famous with contributions from Jazmine Sullivan and SeZ Batters, which is just as good as it sounds.

While plenty of mixtapes followed Zero Heroes, it was these 5 that were the highlight of XV’s buzz. In September of this year XV alluded to new content coming soon, but as of now nothing has impacted.

Is this the end of X’s music career? I truly hope not. He has the creativity, energy and drive to start anew. Let’s hope 2017 is his comeback year.

BONUS: In 2012 XV spoke with Hardknock TV…one of my favorite interviews he’s ever done. See above.