There are some rappers who enter the hip hop game because they want the money, the fame, the clout, and the rockstar lifestyle. Domineko, a talented lyricist from Kansas City, uses his music as a way to inspire others and learn about himself. He grew up in tough surroundings, but after finding ‘the new Dominque’ he began his real journey as an ever evolving MC and man. Dom just dropped the best project of his career, Perfect Weekend, and I felt it was the perfect time to either introduce you to him, or to use this interview as an accompaniment to the LP.

Dominque is not just a rapper. He’s a son, a brother, an observer, and most importantly, alive.

Hey Domineko. How are you?

I’m doing well. I’ve watched myself and my surroundings go through some changes over the last year so I’m very grateful.

Give us a proper introduction on yourself.

My name is Dominique and I’m 27 years young. I was born and raised in Kansas City, Missouri.

Tell us about the beginning of your hip hip career.

In the earliest years of my craft I went under the moniker i-R Neko.  Named after a character from one of my favorite cartoons from back in the day, Cow and Chicken. I think it reflected my struggle to steer away from the norm with my creative direction. Later though I had more of an awakening and realized I didn’t want to be named after a monkey. 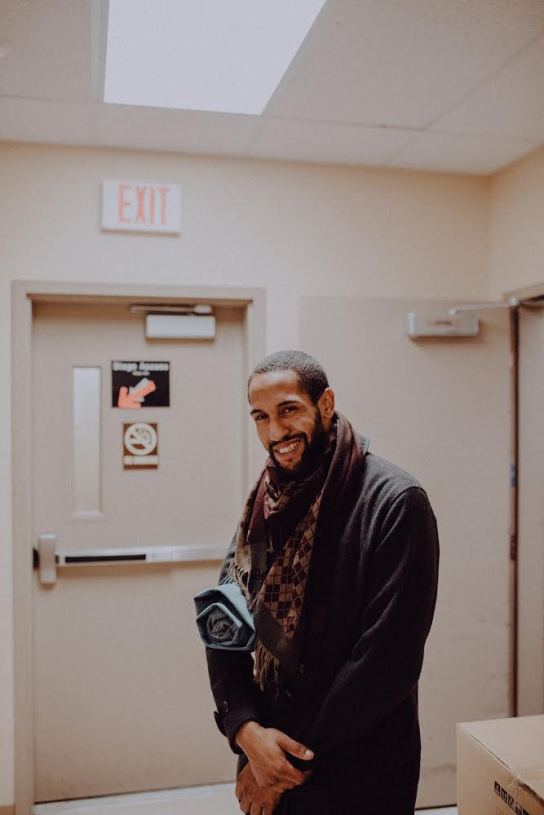 When was that awakening and what changed in your music?

That awakening was around 2012-2013. In short my eyes were open to certain responsibilities for myself, my family and my city that I really wanted to stand for. I realized that I’m more than a rapper. I’m a big brother. I’m a son. I’m an artist. Im alive.

Wow. So this isn’t just rap for you. It’s so much more. Has your music progressed in that being now that it’s 2018? If so, how?

Absolutely. Once I lived with the “new Dominique” a bit I was really able to get to know myself all over again. What I like to do, what I love to listen to. Things work better when you’re able to ignore the mass of outside influence we are inclined to digest on the daily from all the tech see

It was humbling to meet myself again. Whether this event happened through a certain tragedy or just me tired of eating meat, I had to grow. The voice inside my head wouldn’t have let me rest. Perfect Weekend in my opinion is the first project that all this growth I speak of has been has clear.

Tell us about the project.

Perfect Weekend started as a dream. The only thing I took from that dream was the intro and the concept. It is my expression of being/feeling stuck in Kansas City. Which I equate to hell and even the island of Ogygia from Homers epic poem, The Odyssey.

It is entirely produced by Kevin Delaney with exception of Venue. We collabed with young upstart Rory Fresco during his rise. It is mixed by MAB of Industry Soundz and mastered by one of KC’s favorites. Bam Keith. 12 tracks, 3 features 41 minutes. I also have blood types if you’re interested (laughs.)

What was your experience like in Kansas City? You equated it to hell.

So these questions always throw me for a loop cause I feel like people make their struggles a completion sometimes. Growing up in KC was similar to any other single mother raising her son through poverty story you’ve heard. I’ve been robbed. I’ve seen people killed but on the other side of that coin I had to grow out of a lot the lessons the hood provide me. Those experiences and lessons are why I’m alive now. Good or bad I had to learn, experience even participate. Learning how to move 101.

When I say hell I mean in terms of bad things happen here all day and most of the time you can’t leave for one reason of another. In the album I play on the mass definition of Hell because I wanted the project to be universal. I always want people to understand me. I always have. 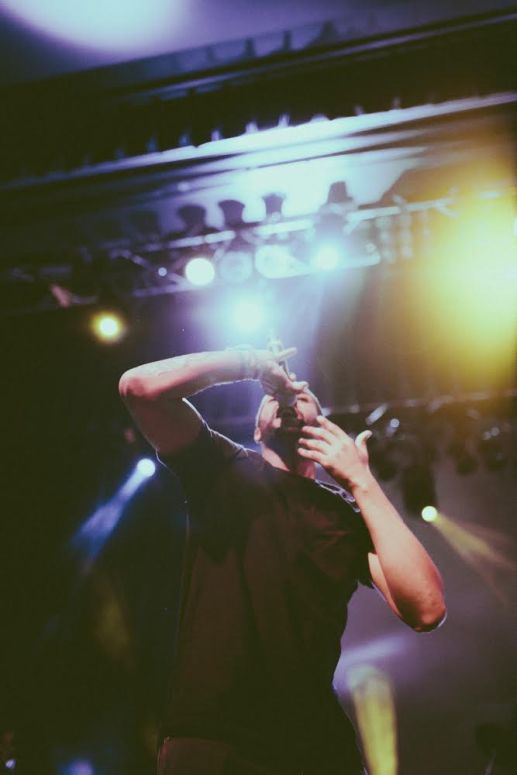 Has hip hop…making its and listening to it…helped you escape? Has it given you hope that you don’t have to stay stuck in this routine?

My actual definition of hell is more being stuck in a routine for the rest of your days. I stopped being as religious as I was raised somewhere along the way and began listening/researching.

Yes and no. As far as escaping artist like Kid Cudi & Toro Y Moi helped me there. Even early Charles Hamilton helped me to see a world for “alternative blacks” outside of the regular I was used to. When I make music I do see the stadiums, the lights the glory all that but I make sure I stay grounded. The music industry is an entire different beast and I’ve seen many versions of success in and out of it.

I do believe I’ve either already escaped or begun to escape though. A lot of focus on the mundaneness of routine of life came from me paying attention to everything everyone else was getting. Instead of being grateful and growing in me. There was a lot of time unbeknownst to myself I was being someone else.

Does all of this insight and knowledge of yourself come out on Perfect Weekend?

There are instances where I let people in, where I put you in my shoes. This is more POV than story telling imo. When I was younger I had this habit of “laying traps”. So I’ll speak around a subject or use some vocabulary centered around something I love and it would literally lead me to people I could feel comfortable around. From video games to anime. Ive built quite the cult following this way.

I’ve been stabbed by people who knew my mother’s first name. It’s not as hard as it used to be but for someone with trust issues like myself walking people through my life even on wax is hard. I’ve also been cursed with a very poetic pen so things I might seem like riddles or parables at first but they’re literally in plain sight. 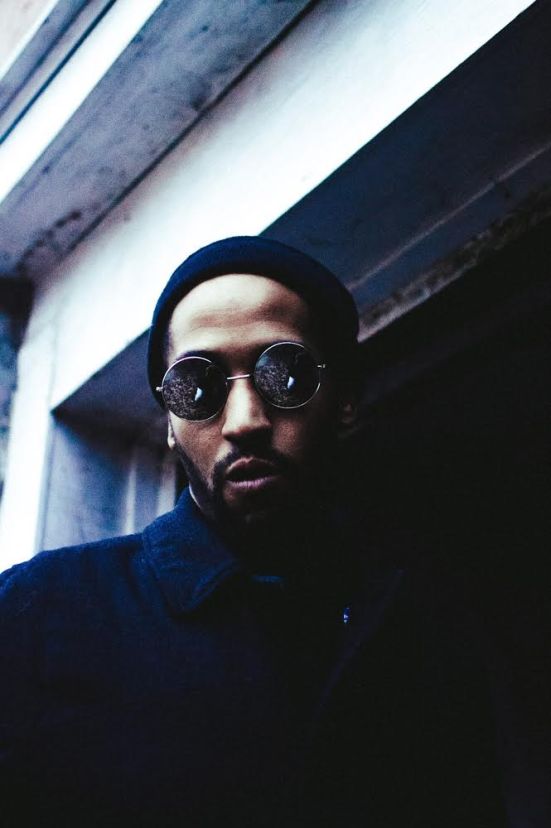 With that being said, what’s your hope after the project is released?

After people have settled in Perfect Weekend I hope nothing else I does needs an explanation. I hope I’m able to travel more than I have in my entire life.

Of course there’s the whole I hope. Kid Cudi signs me and Top Dawg hired me as a writer. The hope to feed my entire family off publishing checks. Hope that I’m the first artist outside of Tech N9ne and Strangemusic to really make waves for my city. To be Kansas City’s J Cole or Kendrick Lamar even.

I really hope I can just be myself even more than ever and from that point become an even better version of myself. I’ll chose wealth over money any day.

I’ve been listening to your music a lot lately, and I love how you aren’t defined to one sound or one skill. Your music seems to reflect you as a multifaceted individual. What are your fans like?

Wow thank you for listening. Seriously I love for people to tell me about myself cause sometimes I feel like I don’t even know (laughs.)

Well when it comes to fans I really don’t feel like I have any. Most of the people that I know listen to my music are artist, friends and family. Fans to me are people I don’t know. Cause I’m always looking for the people I do.

Of course a lot of the friends and music friends alike tell me that I’m a inspiration. I’ve even been called legend and OG a few times but I always tell people I’m just like you untill something major happens. Taking it day by day. Just taking different steps. We’re all growing towards the sun.

I’m from a place that teaches you to love it before you love yourself. I am an artist, a brother and a son. There’s absolutely nothing in this word I love more than music besides love. I’ve always gone where the love was. Even when I was homeless before really starting on Perfect Weekend I drove with my Monte Carlo filled with my husky, a trunk full of my wardrobe and a 47” inch to exactly where the love was. I’ve managed to forgive and remember without opening old wounds. I’ve conquered demons and have looked the rest of them that live within me in the eye to let them know they’re next. I made this album out of the love for myself. It has helped me heal. If you’re reading this or even listen to the album right now I hope you learned to love.